Frogmore Papers number 79 is out now!

We are happy to announce the arrival of the latest issue of The Frogmore Papers, with another splendid cover by Lewes-based artist Michael Munday.
The issue will be available from Skylark bookshop at the Needlemakers in Lewes from Saturday 10th March. Subscribers and contributors can expect their copies in the next 10 days. 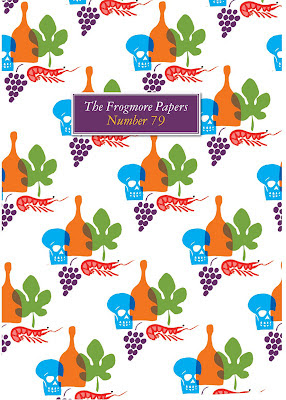 Here are the contributors to this issue:

The next issue (number 80) will be a retrospective issue, so please note that new work cannot be considered for publication until September 2012. In May the Frogmore Press will publish Languages of Colour, a collection of poetry, prose and artwork on the theme of colour, edited by Alexandra Loske. Contributors include Catherine Smith, Ros Barber, Julian Bell, Graham Dean and Jeremy Worman.
Posted by Sascha Loske at 12:51 No comments: