Latest issue of The Frogmore Papers is out!

The 76th issue of The Frogmore Papers has just been published and is now available from the Frogmore Press at £5 per copy (post-free). This issue includes all the poems shortlisted by Stewart Conn for this year's Frogmore Poetry Prize, as well a controversial piece of flash fiction that has already raised eyebrows. I left a copy of the issue lying around in my workplace and was informed by a colleague that the piece by Ashley Chantler (editor of Flash magazine) was "the smuttiest thing I have ever read". The managing editor has decided to take this as a compliment. 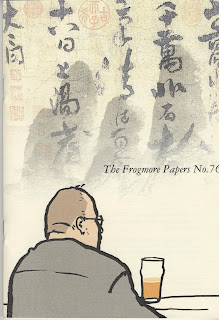 The splendid artwork, which combines British pub culture with Chinese calligraphy, is by Michael Munday from Lewes.
Posted by Sascha Loske at 06:25 No comments:

POETRY SOUTH EAST 2010 : out soon, and there will even be a launch party (or two) 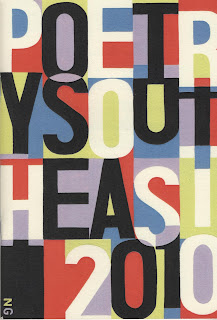 It’s been ten years since the poetic pulse of the South East (for these purposes the counties of Kent, Surrey and East and West Sussex) was last taken with the publication of Poetry South East 2000 (seen here on the right), so a repeat of the exercise seemed timely.  Poetry South East 2010 has gone to the printers, with a stunning new cover by Neil Gower (on the left)
Catherine Smith and Jeremy Page are pleased in Poetry South East 2010 to publish work by several poets whose poems appeared in the original series of Poetry South East back in the days of South East Arts – poets such as Ian Caws, Judith Kazantzis, W H Petty, Derek Sellen, Ted Walter and John Whitworth; and to publish them alongside the work of younger and/or emerging poets from the region. As with most anthologies, there are a number of omissions we regret, but we hope that Poetry South East 2010 nevertheless provides a snapshot of the remarkable range and variety of high-quality poetry that is being produced in the region today.

The launch will be at the New Venture Theatre in Brighton on Friday 22nd October at 7:45pm.
Tickets are £7 (£6 members), details here: http://www.newventure.org.uk/whatson/sep10-dec10/

Compère at the launch:

Readers at the launch: 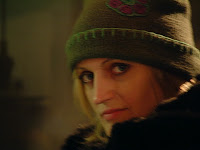 Ros Barber has published two collections with Anvil, the second of which Material was a PBS Recommendation. Ros lives in Brighton. 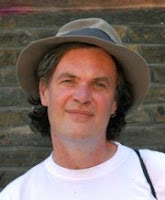 Brendan Cleary was born in Carrickfergus and now lives in Brighton. His latest collection is goin’ down slow (tall-lighthouse), selected poems 1985-2010. 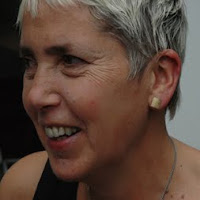 Maria Jastrzebska was born in Warsaw and grew up in London. She now lives in Brighton. Everyday Angels was published by Waterloo Press last year. 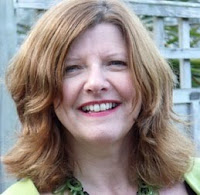 Lorna Thorpe is the author of Dancing To Motown (Pighog Press, PBS Pamphlet Choice 2005) and A Ghost In My House (Arc, 2008). She lives in Seaford.
Posted by Sascha Loske at 02:40 No comments: